BCVA has been joined by leaders from other farm animal veterinary associations, to call on the House of Lords to reject the Agriculture Bill and return it to the House of Commons. This follows the defeat last week of an amendment to the Bill which would have protected animal welfare and food standards for imports entering Britain in future trade deals.

The open letter to the House of Lords …

As the British Cattle Veterinary Association (BCVA), Sheep Veterinary Society (SVS) and Goat Veterinary Society (GVS) we are writing to you on behalf of our members and to stand alongside our farming colleagues and clients, in expressing our disappointment at the recent rejection of the Agriculture Bill amendments during the final Commons debate.

Now that the Bill has passed to the House of Lords, after it cleared its third and final reading in the House of Commons, we are urging our learned peers and members to use your influence to scrutinise and reject the Bill in its current form. It is imperative that the UK maintains our high standards of production and guarantees that imports produced to a lower welfare standard never reach our supermarket shelves.

The farming community is integral to the UK and without its existence many rural communities would cease to exist and would not be recoverable. The COVID-19 pandemic has emphatically highlighted the importance of food security and how UK production can rise to meet the most demanding challenges.

This crisis has also shown us how appreciative people in the UK are for good quality, British produce. The very best way we can support British farming is to ensure that consumers buy British produce and that they can do so at a fair market price.

British vets have worked alongside farmers, agricultural industry bodies, government, and food assurance schemes to consistently improve the welfare and health of animals farmed for their produce in this country. The Agriculture Bill presents a prime opportunity to ensure that the hard work and financial investment of the farming community is not in vain.

We cannot allow food produced to standards which have been illegal in this country for decades to freely enter this country. Given the exit from the European Union, this opportunity is not only the best opportunity to support farming in this country, it may be the only one.

The issues as we see them are three-fold:

The UK already has a wide range of production systems that produce meat and dairy produce from all farm species for different budget expectations without compromising food safety or standards. Unfortunately, food labelling, together with a disconnect between the meat on the shelves and the systems they are produced in, means public choice cannot be relied upon to protect food safety, security, animal health and welfare. That is the legislative responsibility of government.

We should never be prepared to sacrifice food safety in favour of trade deals. As veterinary surgeons, we are constantly reviewing and assessing production on our British farms. BCVA, GVS and SVS and our fellow farm animal veterinary organisations actively contribute to Farm Assurance Scheme assessments, which require farmers to meet high standards and encourage continual improvement in animal welfare. In this way, the welfare of an animal is protected from birth to the point of slaughter and a humane death is ensured. The same assurances need to be enshrined in law for all meat available in the UK.

Antibiotic usage is an excellent example of how the UK has been leading the way. The veterinary and farming industries have voluntarily made a 50% reduction in antibiotic use over the last 5 years, through a combination of better engagement and improving management systems. The result has been that antibiotics are only used to treat sick animals, thereby maintaining welfare. The prophylactic use for enhancing growth rates and as a tool in disease management is no longer routinely practised in the UK. We should be rightfully proud of this achievement but be mindful it is not a global standard.

With an ever-increasing global population, sustainability is an essential facet of any food production system. The NFU has made a commitment to ensure British agriculture has net zero global warming effect by 2050. It is imperative that as a leading nation in the fight against global warming we encourage and support our farmers who invest and adapt their businesses to make the necessary changes. The commitment of the farming industry to farm sustainably is honourable and should not be undermined in anyway.

Agriculture can be a key contributor to sustainability through reduction of emissions, carbon capture via well managed grassland, and by improving soil health and biodiversity. It can help the nation achieve its sustainability ambitions while still maintaining a safe, secure food supply, and protecting animal health and welfare.

The British landscape and climate is ideal for efficient, sustainable, and welfare friendly food production from animals. Utilising grass to convert to human edible protein in a way that is rivalled by very few countries. When food miles from “farm to fork” are also considered it is unbeatable.

Consequently, we urge the House to use its influence to guarantee that UK food & welfare standards not only remain the highest, but also that the food we import is held to those same safety and welfare standards. This Bill is a once-in-a-generation opportunity and must be amended during its passing through the upper chamber to ensure that we are all accountable for ensuring that food safety is the top priority. We are confident that you will share our ambitions to support British farming. 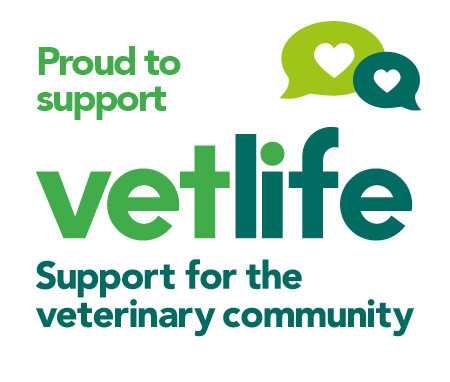